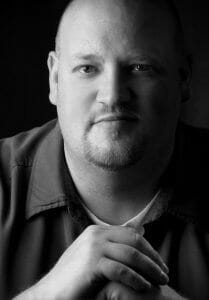 As a young boy, Shawn first travelled the world through the writings of Mark Twain, C.S. Lewis, JRR Tolkien, Jules Verne and Alexander Dumas. But it was not until he snuck out of his house to see Raiders of the Lost Ark in a tiny theater in 1981 that his fate was revealed. He was called to a life of imagination and exploration.

In his early twenties Shawn began to travel extensively. He traversed ancient ruins throughout Europe, sipped tea with desert Bedouins in the Middle East, lived with indigenous tribes in the mountains of Central America, and crawled through Celtic passage tombs in Ireland. Wanderlust became his passion.

In 2000, after 10 years as a parish youth minister, Shawn became the founder and Executive Director of Wonder Voyage, a unique non-profit organization dedicated to leading other explorers on pilgrimages to dozens of countries across the globe. To date, thousands of these Wonder Voyage pilgrims have experienced a life of exploration, adventure and sacred travel.

His first book, The Via Crucis, was a bronze medal winner in the 2009 Independent Publishers Book Awards. Two years later his second book, The Via Advent, won silver. His fourth book, An Tobar Nua- The New Well, was published in 2017. Shawn has also written, directed and produced two award-winning documentary films, Ru: Water is Life and Acres of Diamonds.

Shawn has been married to his best friend, Cheryl, for three decades and is the father of four children and the grandfather of two grandchildren who inspire him to embrace life. In 2015, Shawn became an inductee into the world-renowned Explorer’s Club. After traveling to over 85 countries Shawn feels like his adventures have only just begun.