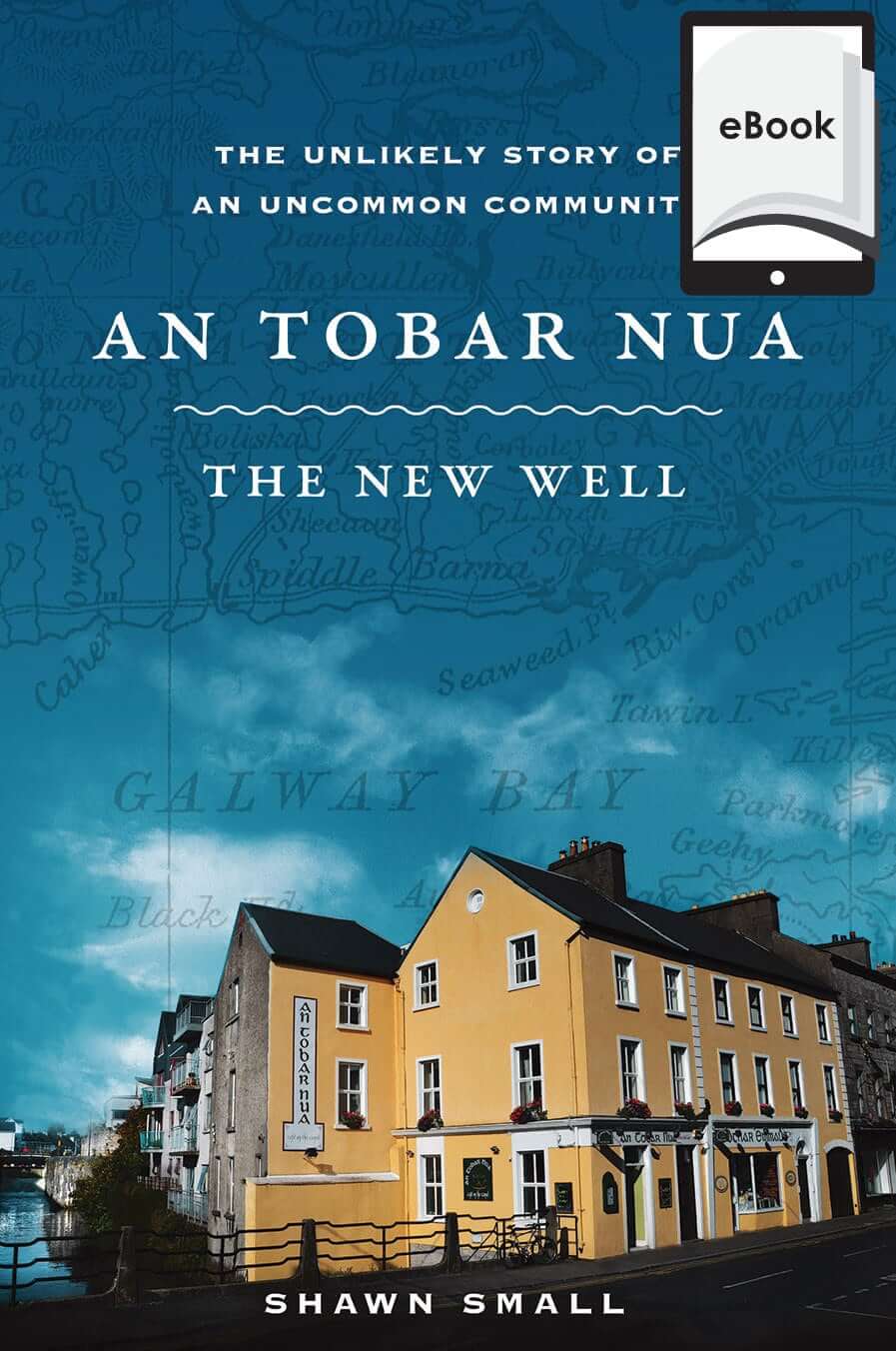 An Tobar Nua – The New Well: The Unlikely Story Of An Uncommon Community – eBook

In Galway, Ireland a building sits alongside a canal, its painted yellow exterior a sharp contrast to the dark stone around it. Inside this historic building, new blends with the old, and the staff and patrons are as diverse and interesting as the city. Since its opening in 1996, people from more than thirty nations have stepped through the doorway. But few of those who visit An Tobar Nua (Irish for “The New Well”) know its incredible history, or the battles waged for its existence.

In 1993, God called Kelly Curry from life as a corporate executive of a Fortune 500 company, and his wife, Susan, to Galway, Ireland. This is the history of the ministry that developed, told through the Curry’s story and that of the other men and women who came alongside, drawn by God’s grace and purpose. It chronicles the challenges of faith and obedience of a group of people, diverse in their backgrounds, denominations, nationalities and ages, brought together in an uncommon community living in the relevance of Christ and His Word.

Above all, it’s the story of how God transforms the most unlikely people into expressions of His love and hope.

An Tobar Nua – The New Well: The Unlikely Story Of An Uncommon Community – eBook